The New York Times has published never-before-seen photos from the infamous US-run detention center in Guantanamo Bay, Cuba. Washington began shipping inmates from the Middle East and elsewhere to the prison shortly after the 9/11 terrorist attacks.

The New York Times obtained the photos from the National Archives using the Freedom of Information Act. They show the first batch of detainees arriving from Afghanistan in January 2002.

The men were transported aboard a military plane. In addition to orange robes, the guards made them wear earmuffs and goggles with duct tape over the lenses.

A crew member placed a small US flag in the hand of a blindfolded prisoner, according to the Times. 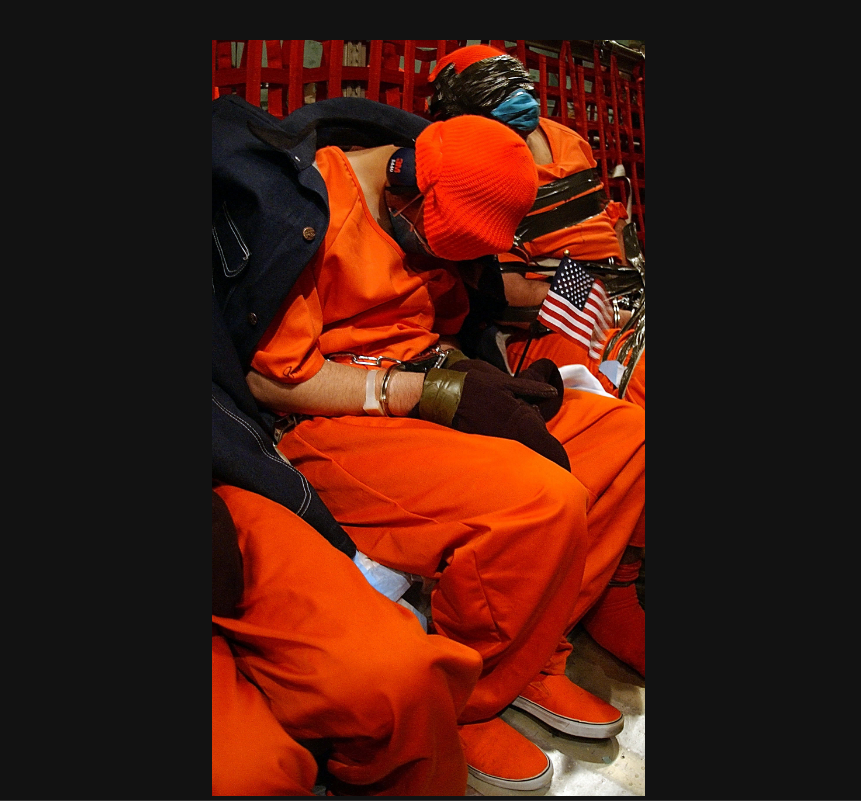 A screenshot from the New York Times.

The prisoners were handcuffed and shackled during their journey. On the ground, they were met by Marines in full combat gear.

Roughly 780 prisoners have been held in Guantanamo, many of them without charges and trial, and some due to mistaken identity. The facility currently houses 37 inmates. 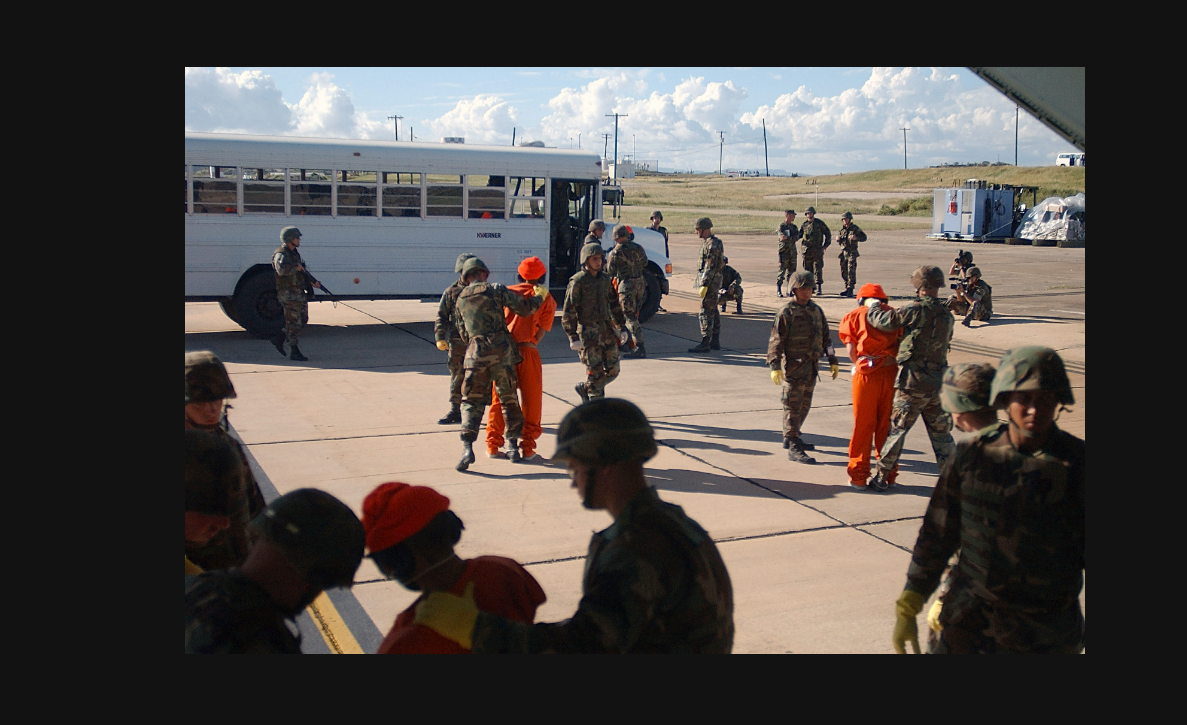 A screenshot from the New York Times.

A Senate investigation confirmed that detainees were waterboarded and subjected to other brutal treatment as part of what the CIA dubbed ‘enhanced interrogation techniques’.

Former President Barack Obama promised to close the detention center in Cuba, but ultimately failed to do so.