NATO School: Who and What Was Taught by Western Military Instructors in Ukraine 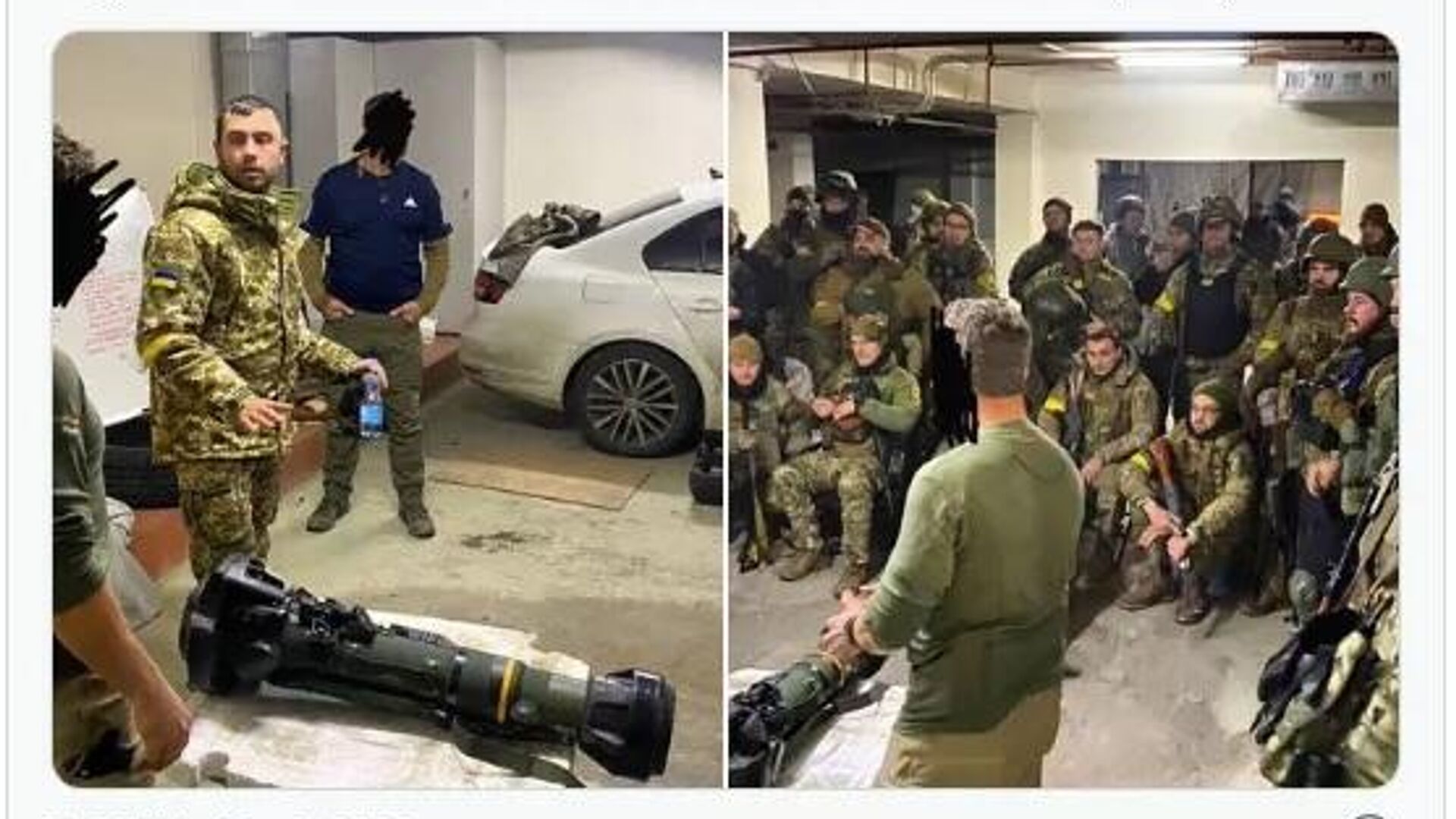 Handling modern weapons, mining roads, and blowing up cars, as well as carrying out sabotage and terrorist attacks. The scale of the “training programme” that foreign military instructors came to Ukraine with is impressive.

They trained not only the military personnel of the Armed Forces of Ukraine, but also militants of the nationalist battalions.

During the celebration of the Armed Forces of Ukraine Day in December 2014, then-Ukrainian President Petro Poroshenko said that the Ukrainian Army “is already capable of withstanding the largest military power on the continent”. According to him, “only a year of emergency development of the army made it possible to revive the Armed Forces of Ukraine”. But the pace of this evolution did not suit Kiev, so already in March 2015, the UK, the US, and Poland indicated their intent to provide Kiev with military instructors.

About 300 servicemen of the US 173rd Airborne Brigade were among the first to arrive at the Yavorov training centre in the Lvov region to train employees of three battalions of the National Guard. The US ambassador to Ukraine admired the pedagogical talent of his countrymen by posting a video of the “final exam” on social networks.

In the video, one of the instructors was seen saying that the training had gone great and that they had helped their Ukrainian counterparts to better understand the role of gunners and standard artillery skills. The video also showed mortar fire by American soldiers in the presence of Ukrainians and a master class on conducting searches.

Later on, Poroshenko stated that military instructors from Canada, as well as representatives of the UK Armed Forces, Poland, and “many other countries” intended to join the American specialists. The Ukrainian president, who had talked about the strongest army in Europe, thanked everyone “for the military and technical assistance”.

Gradually, the geography of “assistance” expanded, and new “subjects” were added to the curriculum of Western instructors. Servicemen from Poland, Denmark, Lithuania, Latvia, Algeria, and Poland went to Ukraine on business trips of various durations. 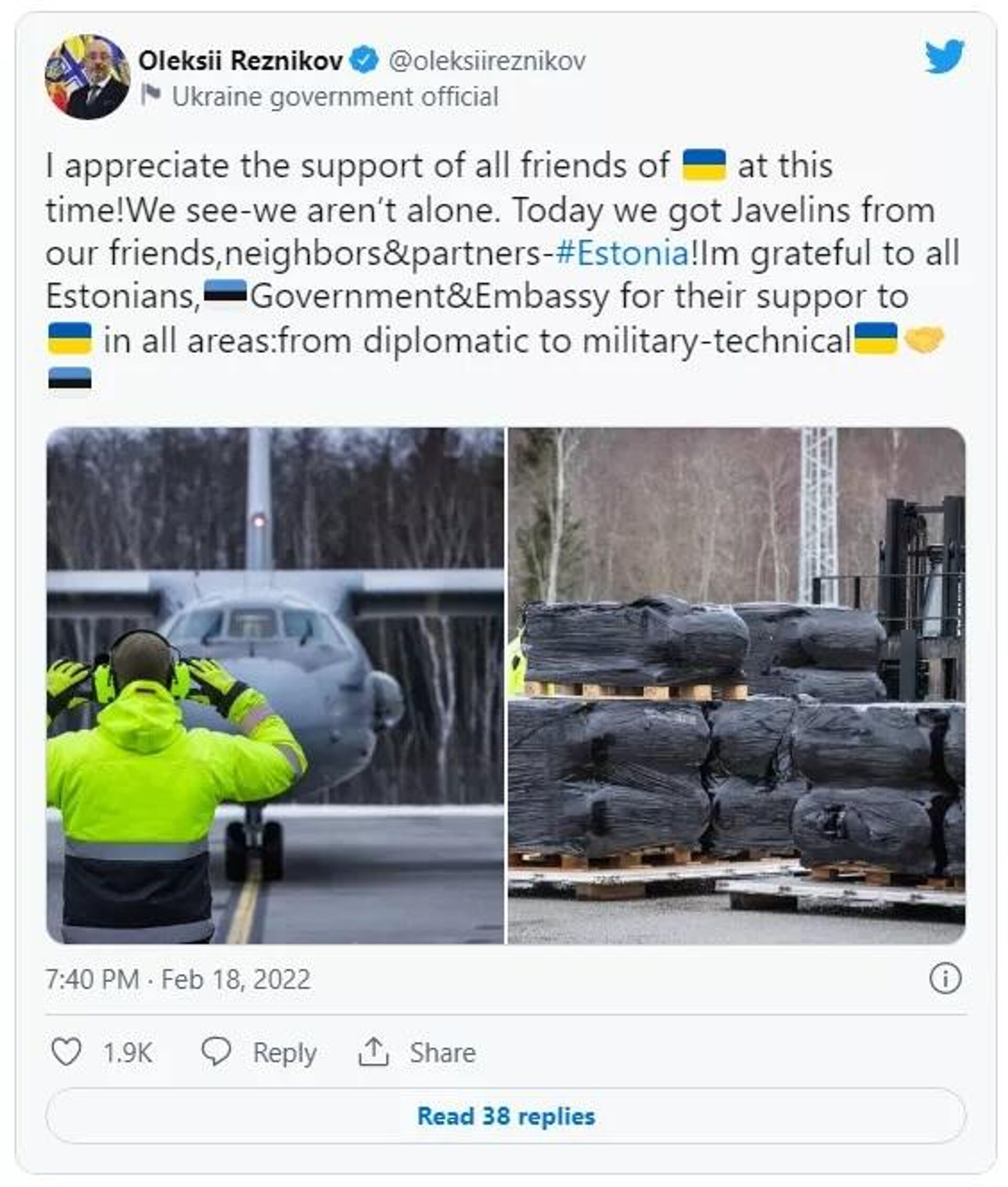 The instructors prepared sabotage groups, sappers, also training the security forces of the Armed Forces of Ukraine to conduct sniper work and fire adjustment, with special attention paid to disguising explosive devices as household items. Foreign experts at the time became part of reports about provocations, as well as explosions of cars, power lines, and oil depots. 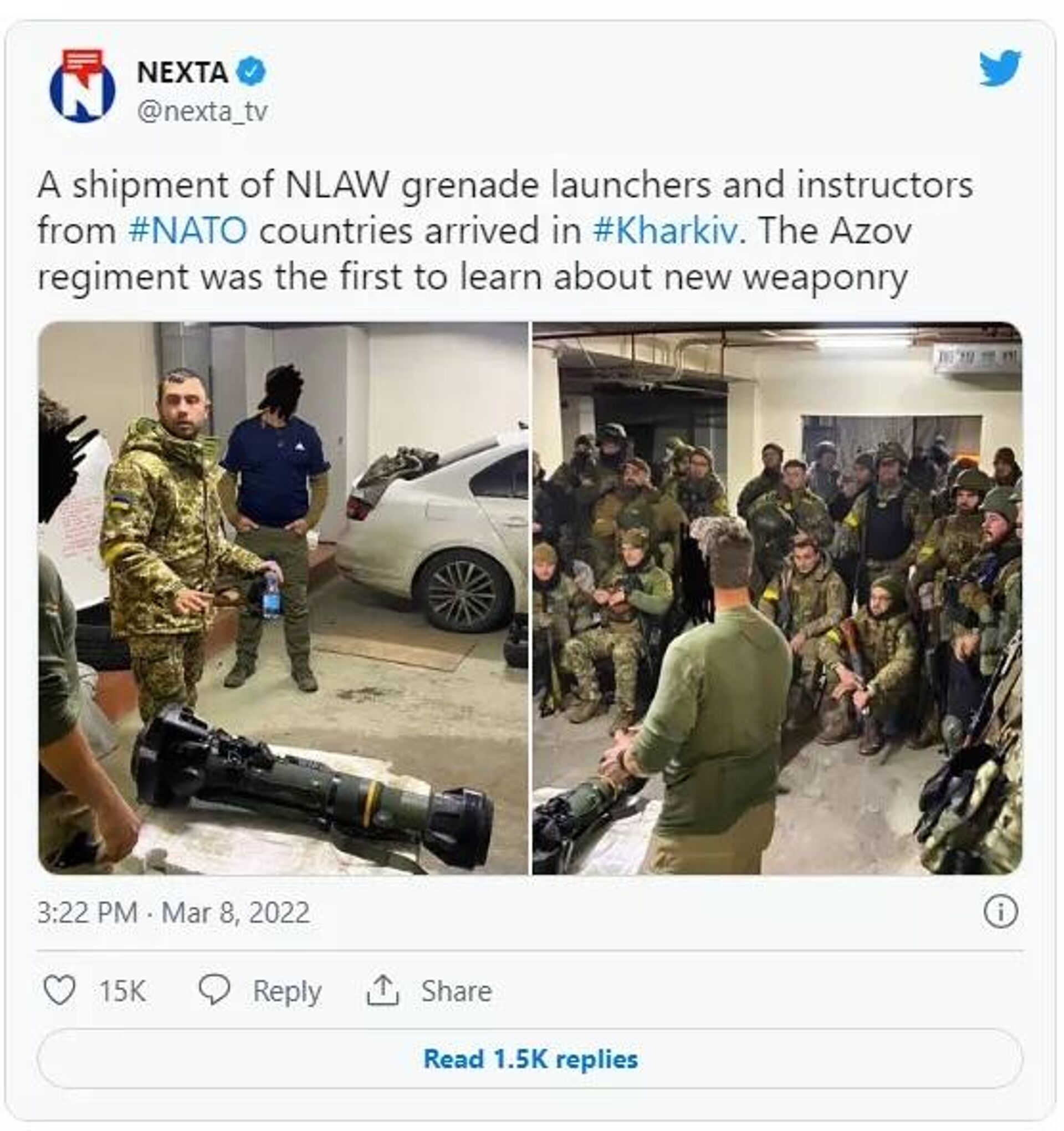 Screenshot of the publication of the Belarusian media “NEXTA”

Access to high-tech weapons and Western military master classes was not only available to the Armed Forces of Ukraine, but also to fighters of the nationalist battalions. According to Scott Ritter, a former US Marine Corps intelligence officer, US and British military instructors began training Ukrainian soldiers from the Azov Battalion in 2015. Ritter said that the goal of Western specialists was to create nationalist detachments in Ukraine, which is why the Americans and Britons got in touch with the Azov Battalion.

In an interview with an unnamed website on 18 March 2016, Roman Zvarich, the head of the headquarters of the Azov Civil Corps, said that “last summer”, they had organised an officer school with Azov’s “Georgian brother”. According to Zvarich, the tutors were four former American officers and one Canadian.

He also said that 32 Azov officers had graduated from the school and that they were “ready to carry out tactical tasks according to the procedures adopted in NATO countries, and they know better than Ukrainian generals”. Zvarich argued that a new military headquarters had been built in Azov in full line with NATO standards – “probably the only such headquarters in the system of the Ukrainian Armed Forces”.

In 2018, American journalist and blogger Max Blumenthal published a study on the contacts of the Azov Battalion with US military personnel. According to the author, in November 2017, overseas military inspectors visited the Azov Battalion, “known as a bastion of neo-Nazism in the ranks of the Armed Forces of Ukraine”, to discuss “logistics and deepening cooperation”. An unnamed Azov fighter quoted by Blumenthal told American journalists that US instructors and volunteers worked closely with his battalion. American officers met with Azov commanders for two months for “training and other assistance”. 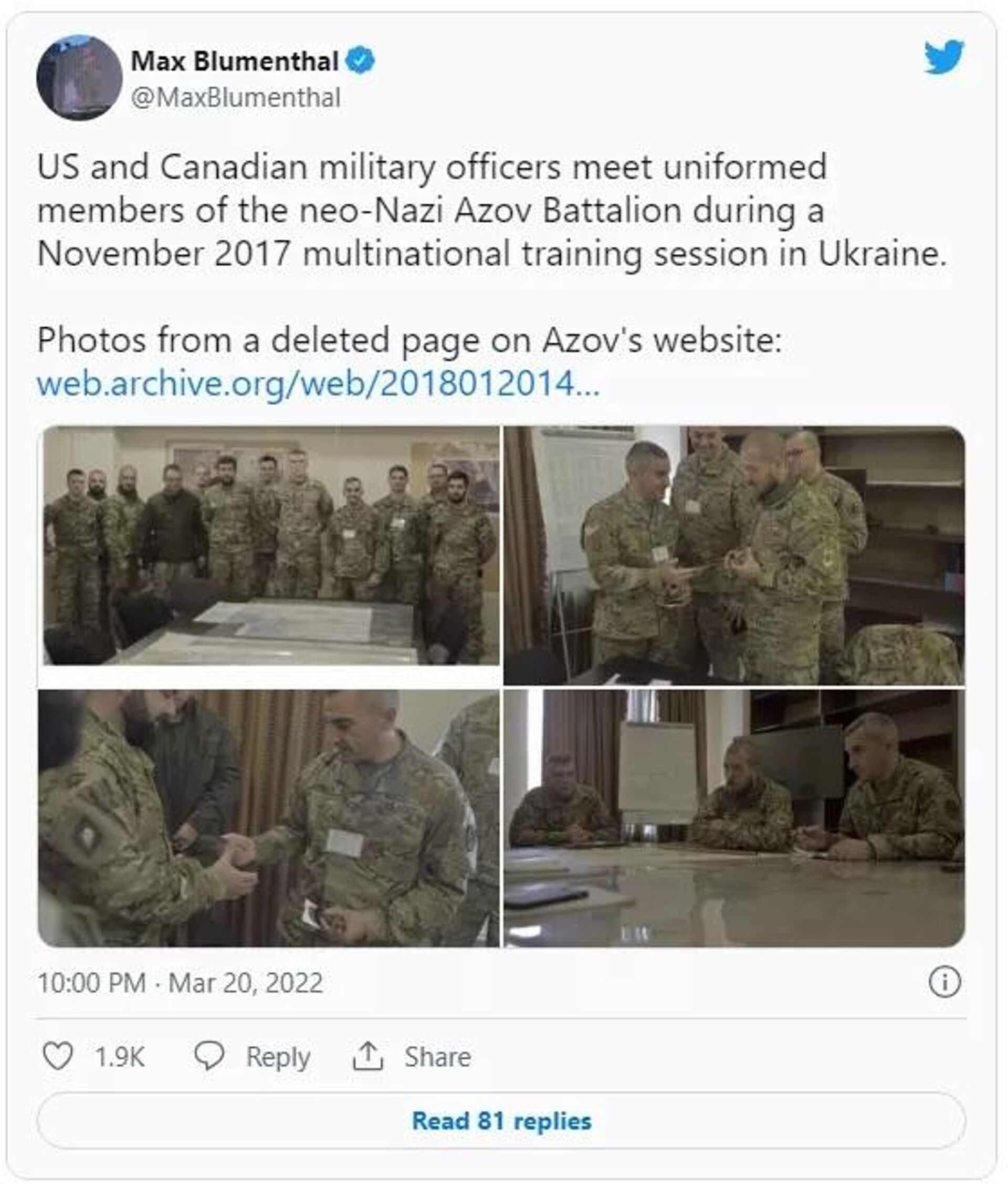 The leadership of Azov, Blumenthal argued, managed to establish warm relations with the US military. A photograph posted on the Azov website shows a US officer shaking hands with the Azov commander (and the American is not at all embarrassed by the Nazi symbols on the uniform of his Ukrainian counterpart). These photos confirm the secret ties between Ukrainian nationalists and US military personnel, according to the journalist.

Blumenthal drew a parallel between Washington’s billion-dollar programme to train Syrian “moderate rebels” and the US military’s ties to Ukrainian nationalists, claiming that there are clear similarities between the two projects. Previously, heavy weapons allegedly designed for the Free Syrian Army fell directly into the hands of Daesh*, and now US arms go directly to Azov extremists, Blumenthal concludes. 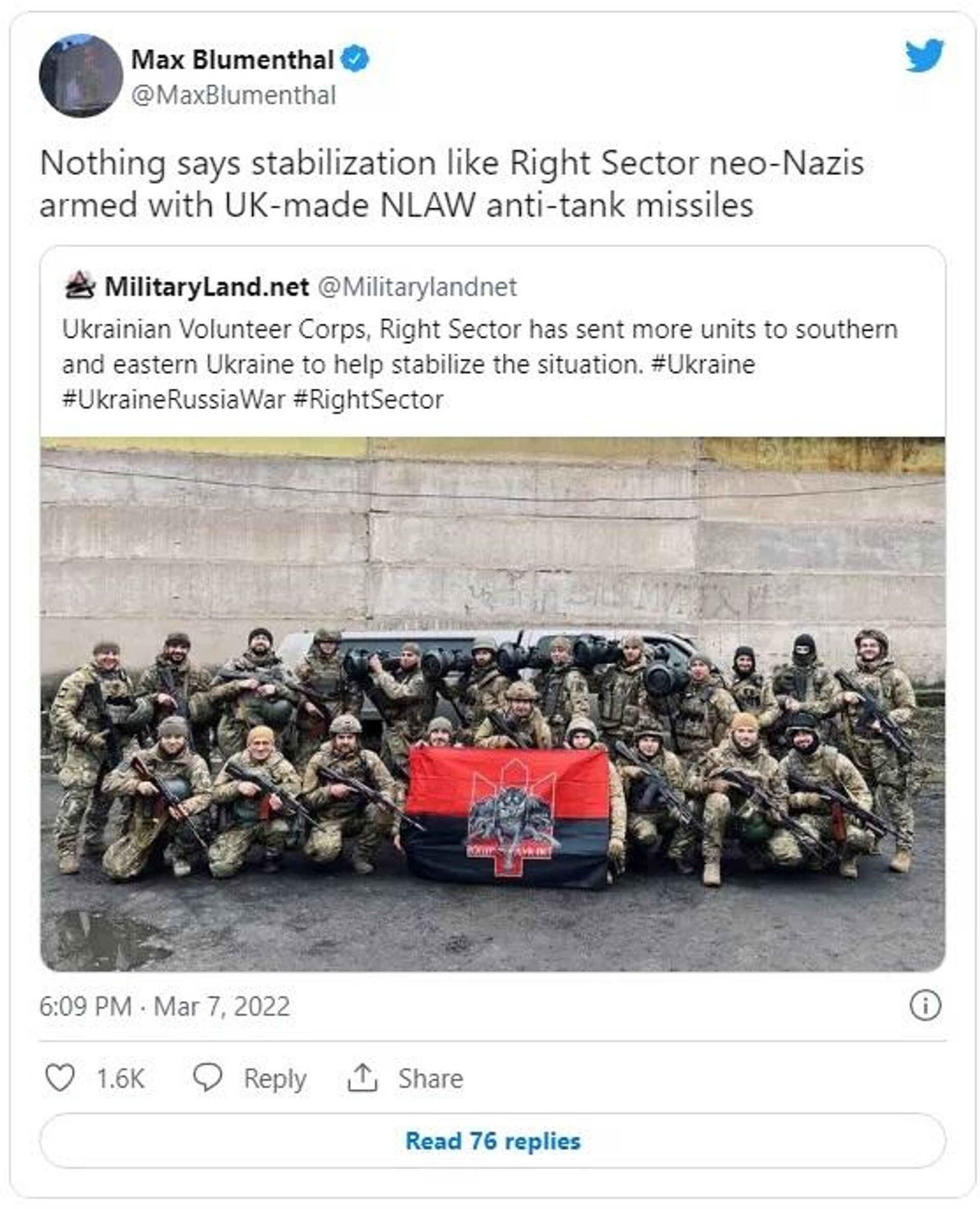 To prove his claims, the journalist posted a photograph of an Azov militant testing an American-made grenade launcher. The picture was published on the website of the nationalist battalion in June 2017, but has since been deleted.

The Canadian Armed Forces also actively cooperated with neo-Nazi groups operating in the Armed Forces of Ukraine and the country’s National Guard, according to data from the World Socialist Web Site (WSWS), published in December 2021.

The WSWS reported that Canadian servicemen and representatives of Canada’s Ministry of Defence tried to cover up their meeting with Azov fighters in 2018. The Canadian guests were aware that the Ukrainian battalion adhered to the Nazi ideology, but they were only concerned with keeping the meeting secret. The secret was out when Azov members posted selfies with Canadian officers on social networks.

According to the official version, Canadian military instructors arrived in Ukraine to train the country’s armed forces, however, as Radio Canada journalists found out, Canada had spent almost a billion dollars on training Azov militants. The journalists analysed photos from Ukrainian social networks and found that representatives of the Azov Battalion had repeatedly attended training sessions conducted by Canadian instructors. In particular, photographs dated November 2020 showed soldiers with Azov chevrons and Waffen-SS badges – golden lions with three crowns.

Evidence that the Azov militants were trained by Canadian instructors was also found by the Canadian television channel CTV, which published photos from social networks of Azov extremist Kirill Berkal, whose account is full of Nazi symbols. 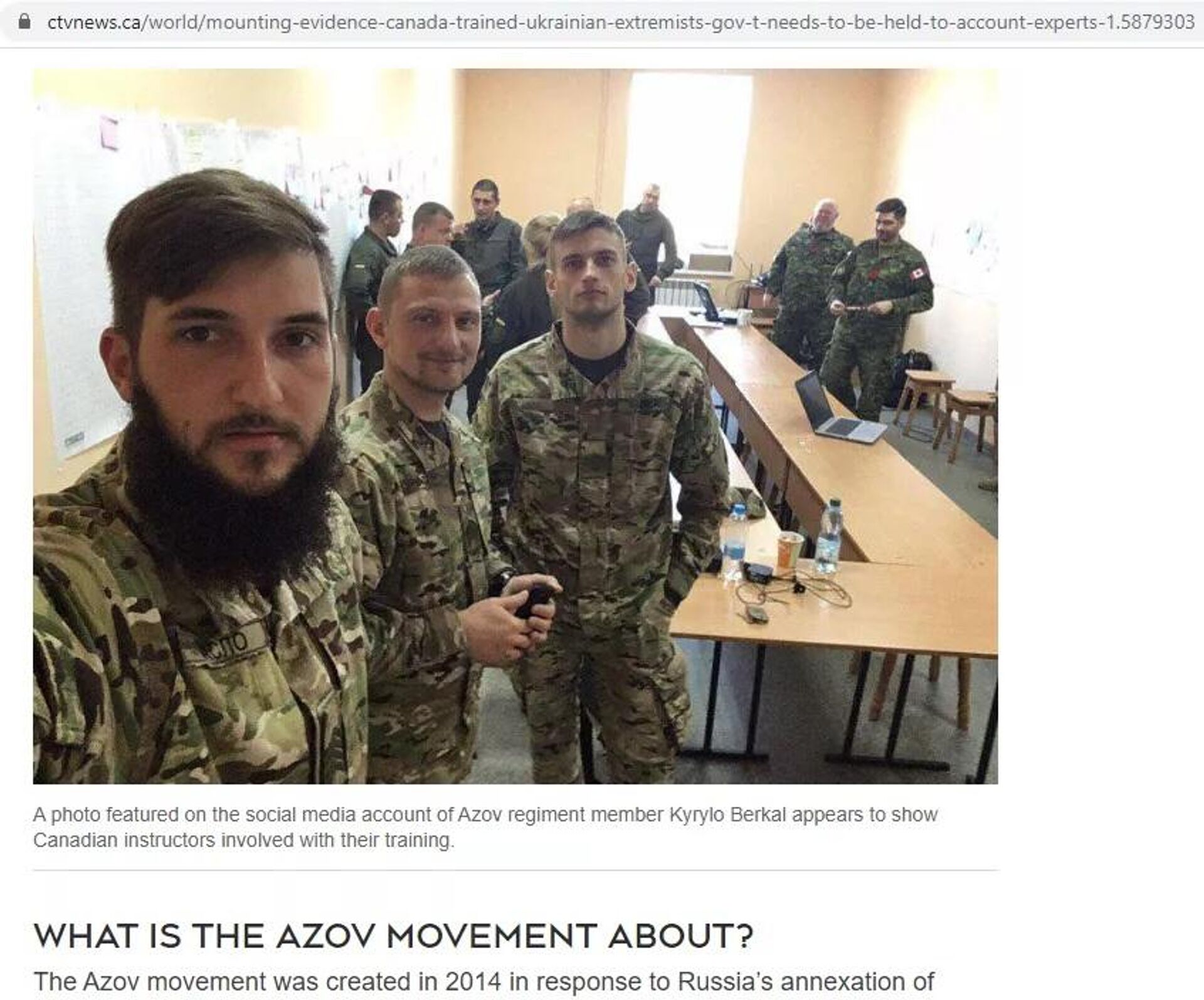 Canada’s Department of National Defence acknowledged that while troops were instructed not to train the Azov Battalion, they did not conduct any selection. At the same time, the website of the National Guard of Ukraine directly spoke about the training of Azov militants as part of the Unifier mission. Moreover, Ukrainian nationalists made social network posts boasting of their own trainings that were prepared jointly with the foreign instructors.

In September 2021, George Washington University published a detailed report on the Ukrainian nationalist organisation Centuria, which since 2018 has been based at the Hetman Petro Sahaidachny National Army Academy in the Lvov region.

The report was written by US-based Ukrainian journalist Oleksiy Kuzmenko, who made his conclusions based on an analysis of Centuria’s social media activity over the past three years.

In the report, Kuzmenko claimed that the evidence presented in the document shows that, since 2018, “Ukraine’s main military academy and a major centre of Western aid to the country has been home to Centuria, a self-proclaimed order of European traditionalism that has a stated goal of reshaping the country’s army in line with right-wing ideology”.

Kuzmenko also argued that in Ukraine, Centuria members had the opportunity to contact US military instructors, as well as cadets from US and French military academies. The leaders of the group regularly spoke on social networks about active cooperation with foreign colleagues and participation in military exercises with France, the UK, the US, Germany, and Poland.

Students Who Surpassed Their Teachers

According to Kuzmenko’s report, Western troops did not check Ukrainian trainees for extremism, while Centuria never concealed its close links with the Azov Battalion. The group declares that it “honours the exploits of the 14th SS division ‘Galizien’ because it defeated the Bolshevik contagion”.

The North American independent socialist magazine Monthly Review drew attention to one rather curious incident. The news outlet published a photograph taken at the US-Canadian training centre in western Ukraine. The picture shows a Centuria member posing with two black US military personnel. None of this would be surprising if it were not for the tag “14/88” – a code slogan of the far-right and white supremacists. 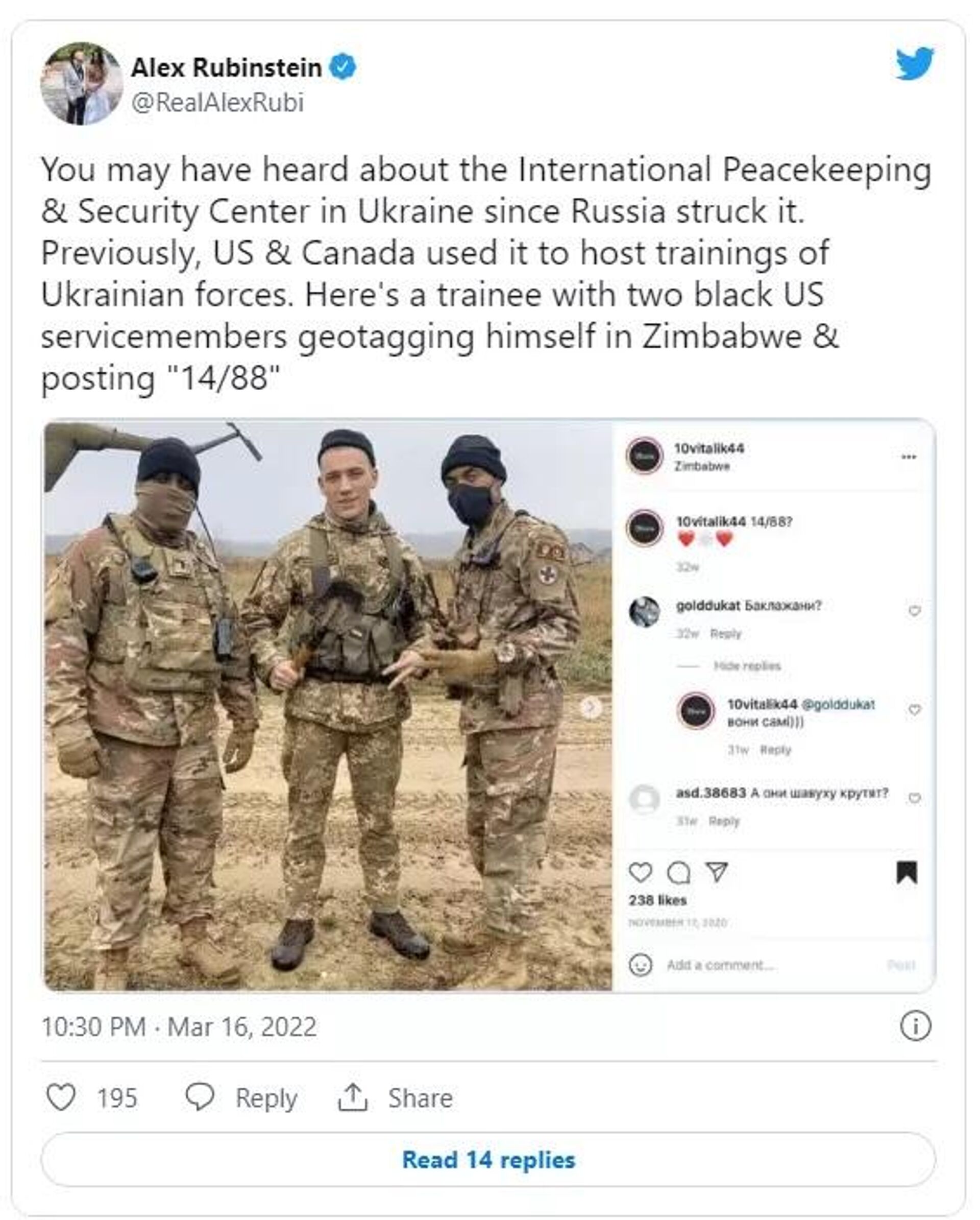 According to WSWS authors, Centuria seeks to create an elite corps of officers committed to the neo-Nazi ideology. For several years, the organisation has managed to attract many cadets from the academy into its ranks, and they currently hold high-ranking positions in the Armed Forces of Ukraine. The authors stressed that Centuria-related exposure does not point so much to accidental Nazi training, but to the conscious cultivation of far-right ideology in the Canadian Armed Forces and the militaries of its NATO partners.

Al Jazeera, for its part, pointed out that Ukraine had become a new centre for the far-right across the world. The media outlet added that in search of supporters, extremists from all continents join the Azov training units to gain combat experience.

The governments of Canada, the US, and the UK launched a massive programme to prepare Ukrainian soldiers for an all-out war with Russia. Among those listening were the commanders of the Azov Battalion. One former CIA official told Yahoo News that the US is training militants “to kill Russians”.

A spokesperson for the US Embassy in Ukraine, in turn said in an interview with The Daily Beast that they are checking allegations of human rights violations, not ideology-­related breaches. According to the spokesperson, the battalions in question have been integrated into the Ukrainian National Guard and therefore they have a right to be trained.

All of the signs indicate that if it were not for the start of Russia’s special military operation in Ukraine, NATO would have implemented its scenario in the country. “Do you really think that they came only to train and are not narrow specialists from military companies who perfectly handle these weapons and will use them on the line of contact in the event of a military escalation?” Leonid Pasechnik, head of the Lugansk People’s Republic, told Sputnik in early January.

He added that “it’s not at all a fact that these mercenary instructors will pay any attention to the orders of Ukrainian commanders” because “they [the instructors] have their own employers and their own tasks”.