‘A vile, cruel crime’: How Darya Dugina, daughter of philosopher Aleksandr, died and what it means for Russia

Last weekend, a brutal murder stunned Russia. A young woman got into her car and drove home after a busy day at a literature and musical festival. She was on the highway when a bomb went off and her SUV caught fire. She died at the scene.

Darya Dugina’s devastated father, who was in a friend’s car right beside his daughter’s, watched as the rescue services extracted the burned body from the wreck. The attack immediately became a matter of national importance. Leaders of political parties and top Russian officials attended her funeral, while the president posthumously decorated her with a state award.

RT explains why the death of Dugina may become a symbol of Russia’s external political struggle, and what the Kremlin will do next.

Attack on a family of philosophers

On Tuesday, hundreds gathered at the Ostankino broadcasting center in Moscow to pay their last respects to the journalist and political scientist.

On the night of August 20, Darya was heading home with her father from the ‘Tradition’ cultural festival near Moscow. Around 9pm, the car with Dugina at the wheel exploded on Mozhaisk Highway, where she died. The Investigative Committee of the Russian Federation has opened an investigation into what it calls a “murder committed in a socially-dangerous manner.”

Western media’s favorite Russian philosopher: Who is Aleksandr Dugin, whose daughter was killed in a Moscow car bombing?

It is still uncertain who the actual target was – Darya or her father Aleksandr Dugin, one of the founders of the concept of ‘Eurasianism’, who is seen as a controversial advocate of ‘the Russian world’ in Ukraine and some Western countries. His political studies have focused on the creation of a Eurasian superpower through an association of Russia and former Soviet republics.

The car belonged to Darya, but Russian media outlets say her father had used it quite often in the last six months. According to one version, they had planned on going together, but Aleksandr changed his mind and took a friend’s car at the last moment.

Darya may also have been the target of the attack. She had followed in her father’s footsteps and became a proponent of Eurasianism. At home, she is well known for her work as a journalist for RT and the Zvezda and Tsargrad TV channels, as well as political commentary for other Russian media.

Darya publicly supported the military operation in Ukraine and was placed under sanctions in the summer of 2022. The US, UK, Canada, Australia, and New Zealand accused her of spreading disinformation.

She had also reported from Mariupol, which is now liberated by the joint forces of Russia and the Donbass republics. In the autumn of 2022, a chronicle about the Russian military that she co-authored is set to be published – ‘Book Z’.

Jesus, Byzantium and the Slavic legacy: The true meaning behind the Russian flag explained

On Monday, two days after the terrorist attack, the FSB security agency announced it had solved the crime and blamed the special services of Ukraine. According to the FSB, the assassination was organized by Natalya Vovk, a Ukrainian citizen who came to Russia from Ukraine along with her teenage daughter, Sofia Shaban, in July 2022. Some sources claim Vovk once served in the Neo-Nazi Azov Battalion. After the explosion, Vovk and her daughter left Russia and entered Estonia through Pskov Region.

Ukraine denied any involvement and called the FSB’s findings “propaganda.” Estonia refused to provide details about Vovk’s border crossing. Tallinn said the country’s Police and Border Guard Board had not been approached by Russia with a request for this information.

Urmas Reinsalu, the country’s minister of foreign affairs, went as far as to dismiss the conclusions drawn by the Russian special services as a provocation. “We regard this [the FSB statement] as [a] provocation … by the Russian Federation, and we have nothing more to say about it at this moment.” 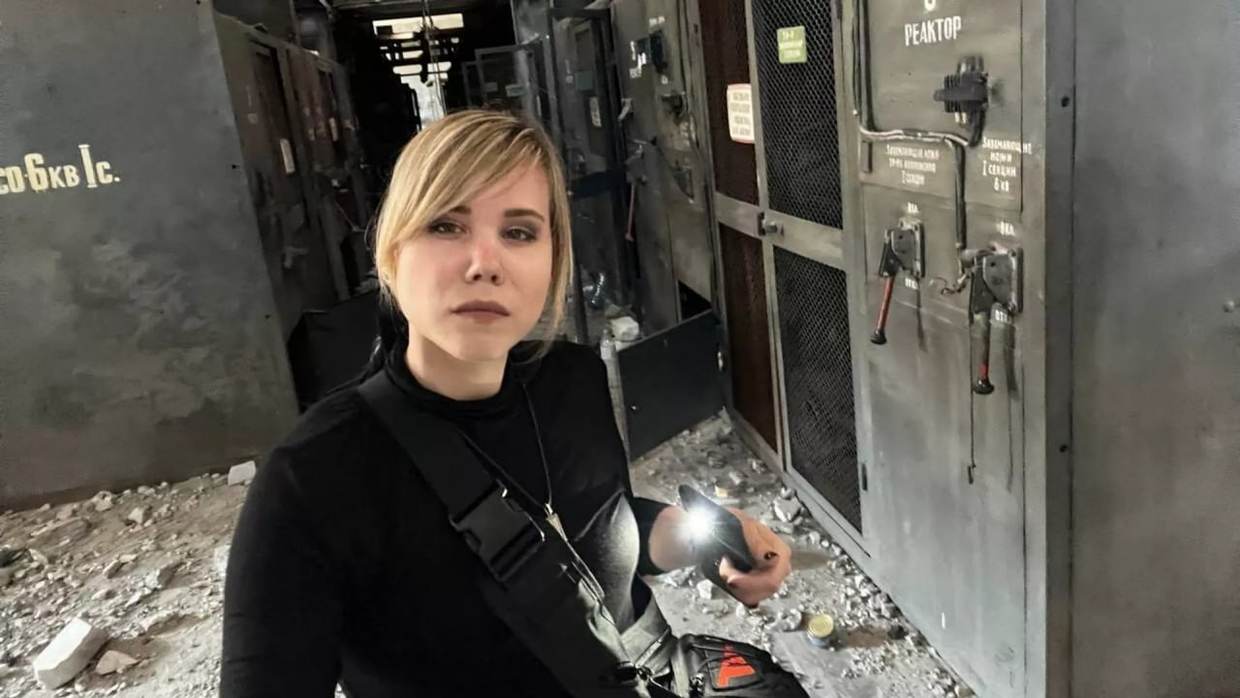 In Russia, the journalist’s murder is seen as nothing if not political, with Telegram channels and other media abuzz with discussions about the implications of this incident for the country’s policies.

President Vladimir Putin described the crime as vile, in a telegram addressed to the parents of the deceased journalist, which was published on the Kremlin’s official website.

“A vile, cruel crime cut short the life of Darya Dugina, a bright, talented person with a true Russian heart, kind, loving, sympathetic and open. Journalist, scientist, philosopher, and war correspondent, she honestly served the people and the Fatherland, and proved by deed what it means to be a patriot of Russia,”

The murder reverberated well beyond Russia’s borders, prompting US State Department spokesman Ned Price to say that Washington “condemns the intentional targeting of civilians anywhere.” Remarkably, the Americans have struck a rather ‘neutral’ tone in their comments.

“The U.S. Department of State’s reaction to Darya Dugina’s assassination and the evidence of Ukraine’s involvement provided by Russia discredit the United States’ human rights protection efforts. Washington has no moral right (or, needless to say, any legal grounds) to judge the human rights situation in remote parts of the world since the murder of a journalist does not even receive a comment from this perspective, apparently so important to US officials. They simply ignored the fact that the incident involved a public figure,” Russian Foreign Ministry spokeswoman Maria Zakharova wrote on Telegram.

The names of those attending the funeral on August 23 spoke volumes about the political nature of the tragedy. Among those present were State Duma Deputy Chairman Sergey Neverov, the head of the nationalist LDPR party, Leonid Slutsky, businessman Evgeny Prigozhin, novelist and political activist Zakhar Prilepin, the leader of the political party ‘A Just Russia’, Sergey Mironov, and other politicians.

Police cordons were lined up a couple of kilometers from the television center, and the entrance to the building was protected by metal detectors and guarded by armed policemen who performed triple security checks on everyone waiting to get inside. Officers used under car inspection mirrors and explosive detection dogs.

Russophobia: Russians in the West complain as some consider them personally responsible for the conflict in Ukraine

The line of mourners holding bunches of lilies, roses, and carnations – in even numbers, as is traditional for funerals in Russia – were gradually admitted into the building and joined those gathered in the ceremony hall. The farewell ceremony brought together hundreds of people – young men and women wearing T-shirts with an eight-pointed star, a symbol of Eurasianism, as well as older men in similar attire. There were war correspondents and servicemen in military uniform, some of whom had DPR shoulder patches. There were Darya’s journalist colleagues, her fellow students from MSU’s philosophy department, as well as representatives of Russian media outlets.

The microphone set up for those who wished to pay tribute to the deceased was claimed in turn by Darya’s friends and family, representatives of the president, the church, and state media, while people in the mourning procession approached the coffin one by one and crossed themselves as they placed flowers. Some expressed their condolences to Darya’s grieving father who was sitting close to the coffin.

“For those of you who have been affected by her tragic death, her personality, and her integrity, she would have one wish: ‘Don’t remember me! Don’t glorify me! Fight for our great country! Defend our faith, our holy Orthodoxy, and love our Russian people!’ Because she died for the people. She died for Russia. She died on the frontlines – because the front is right here. It’s not there [in Ukraine] but here. It’s with each of us,”Dugin said at the ceremony.

“I have no doubt that not only the executors, but the organizers will pay in full. The path of light that Darya led unites us even more for the liberation of Russian cities in the fight against fascism and that hateful regime,” Neverov said at the ceremony.

Sergey Mironov called Dugina a “true patriot and, however strange it may sound, a fighter for independence and sovereignty.”

The young woman was in an open casket, and, if not for the ‘venchik’ (a ribbon with the images of Jesus, Mary, and John the Baptist placed on the deceased person’s forehead according to Orthodox tradition), she might have been mistaken for someone who is peacefully asleep.

“There can be no mercy”

Darya Dugina was not a well-known public figure, but her death has become symbolic, according to the director of the International Institute for Political Expertise, political analyst Evgeny Minchenko. And this symbol only grows stronger as the reactions to the untimely death of the journalist continue to come in from Ukraine.

“There are very different, opposite reactions. On the one hand, quite understandably for any normal human being, people acknowledge the tragedy; on the other – some inexplicable happy celebratory giggles are heard from the other side of the frontlines [reactions from Ukrainian media – RT]. I believe this mix has made this symbol even stronger,” he told RT.

Minchenko believes that this tragic event will give impetus to Russia’s internal political struggle, rather than provoking harsh foreign policy decisions.

“When people keep saying you have to play harder, what is it that has not been done yet? They start demanding some mythical response targeting the decision-making center. Well, where are these centers? I would ask. Do we know exactly where the decisions are being made, where the secure bunkers are that accommodate the leaders? Some are calling for the entire area along Bankova Street [in Kiev] to be bombed, but, you know, it has residential buildings in addition to government [buildings],” Minchenko said.

He also believes that we should not expect a wave of strict measures against dissenting voices in domestic politics, since Russia already has “very clearly defined laws” regarding these matters. Nevertheless, a political discussion on the domestic scene is bound to be stirred up.

As for the Russian government, it intends, as statements from officials indicate, to find those behind the assassination, both the masterminds and the operative, and deliver justice.

“I believe it’s a barbaric crime, and there can be no mercy to those behind it. As far as I am aware, the Federal Security Service has already established the facts, and investigation is underway, so once it’s complete, there is no doubt that all the involved parties from those who had ordered it to those who carried it out will pay the full price,”Russian Foreign Minister Sergey Lavrov said in an official statement on August 23, 2022.

By Valentin Loginov, a Russian journalist focused on the political process, sociology and international relations