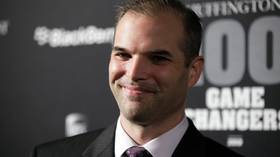 Internal Twitter documents and communications published by the journalist Matt Taibbi have provided devastating detail on a sweeping censorship operation conducted by the social network. They expose the central role played by a senior FBI agent in potentially influencing the outcome of the 2020 US election.

Immediate reaction to the Twitter Files was mixed, but overwhelmingly the mainstream American media has rushed to pour cold water on Taibbi’s bombshell disclosures, with, for example, The Washington Post branding them a “dud” and CNN claiming they “largely corroborated what was already known.”

As Russia launches more nuclear ice-breakers, how global warming could lead to a new hotspot in the Arctic

Such responses are quite extraordinary given that the Twitter Files offers incontrovertible evidence of one of the largest, most influential global social networks taking extraordinary measures – usually reserved to prevent the dissemination of child pornography – to block information on its platform.

In particular, Twitter banned, both publicly and privately, the sharing of a New York Post article, based on the contents of a laptop owned by Hunter Biden, pointing to possible corruption on the part of his father, then-presidential candidate Joe Biden. The report reinforced existing concerns about Hunter’s role with Burisma, for which he received up to $50,000 per month from the Ukrainian energy giant over a five-year period for attending a handful of corporate events.

The material exposed by Taibbi shows that a decision was made by individuals at the highest levels of Twitter – with direct connections to Biden’s Presidential campaign – due to apparent fears the laptop contents had been hacked and/or had been released as part of a Russian information operation. This was despite there being zero evidence or even a vague suggestion that either was the case, and significant internal concerns.

The Twitter Files show how, among the top brass involved in the suppression of this hugely significant story was the social network’s legal vice president Jim Baker, a former FBI general counsel. He was coincidentally also fundamental to the Bureau’s multiple attempts to fraudulently concoct a link between Trump’s campaign and Russia, one way or another. 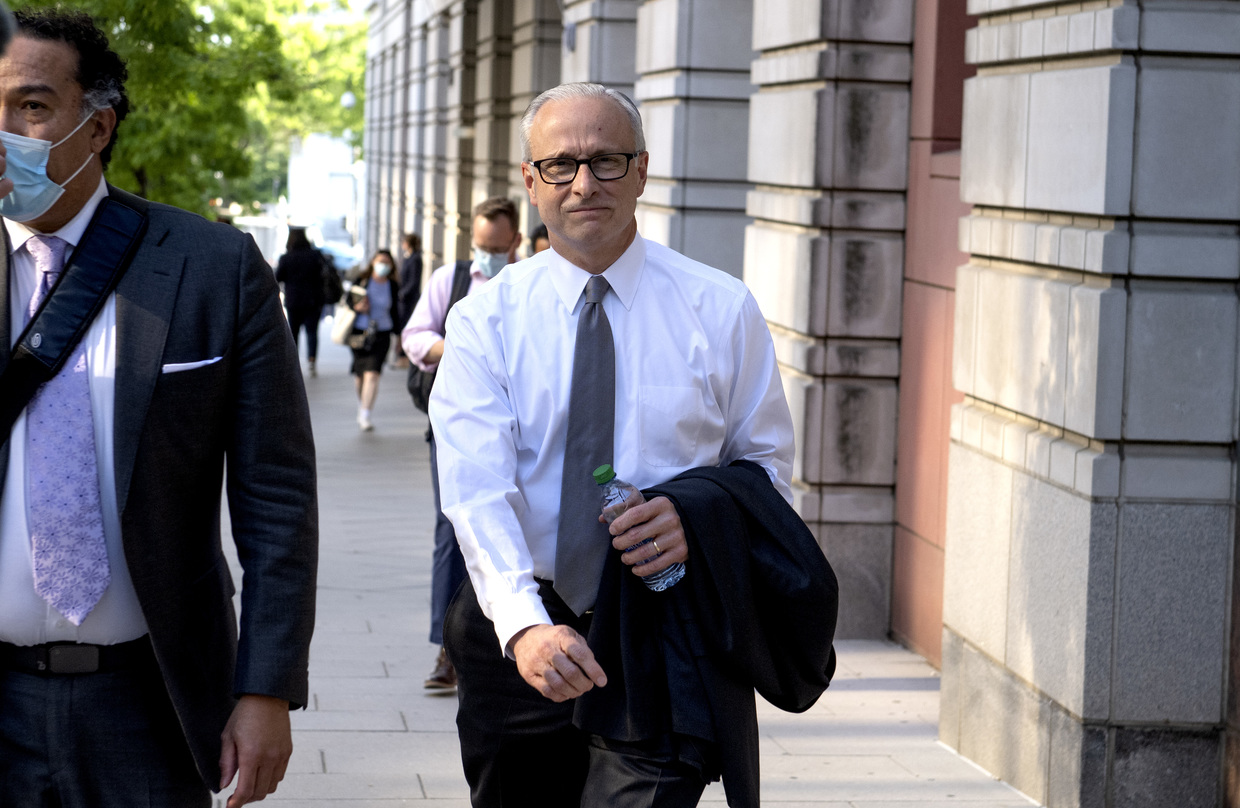 It’s clear that many staffers didn’t believe there were grounds to ban the New York Post story on the basis of Twitter’s policies on sharing hacked materials. One communications department official wrote that they were “struggling to understand the policy basis for marking this as unsafe,” while their superior fretted, “can we truthfully claim that this is part of the policy?”

However, their legitimate worries were overruled. Twitter later reversed this ban but by that point the false specter of Russian meddling had been so successfully cemented – including via a joint letter signed by over 50 senior US spies – that the story was largely discredited in the eyes of many Americans and, thus, ignored. It is only now, with Biden safely in the White House, that other outlets have begun to verify the laptop’s contents as not only real, but damaging.

Baker was central to overruling subordinates about the basis for banning the story. In an email published by Taibbi, he announced it was “reasonable for us to assume that they may have been” hacked.

It is not explained why it was “reasonable” to make this assumption, especially as Baker himself acknowledged there were instead indications that “the computer was either abandoned and/or the owner consented to allow the repair shop to access it for at least some purposes.” Which is, of course, a total contradiction in terms. So the ban went ahead, despite internal concern about the decision.

“Hacking was the excuse but, within a few hours, pretty much everyone realized that wasn’t going to hold,” an anonymous Twitter source told Taibbi. “But no one had the guts to reverse it.”

One of the reasons Baker’s intervention may have cut through initial misgivings, and no staffers then had the “guts to reverse it,” could’ve been his status as resident Russian “disinformation” expert at Twitter. He left the FBI in June 2018 on undisclosed grounds, although it was later confirmed he was the subject of a criminal Justice Department investigation due to alleged leaking to the media of scurrilous innuendo about Trump’s non-existent relationship with the Kremlin at the time.

Questions were also asked about whether, as General Counsel, Baker played any role in greenlighting or overseeing various failed FBI counterintelligence investigations into Trump’s election team. Known as Crossfire Hurricane, these related probes were built on extremely shaky foundations, and led to no evidence supporting suspicions of Trump-Russia ties being unearthed, but still remained open under internal pressure, in contravention of established investigative protocols. 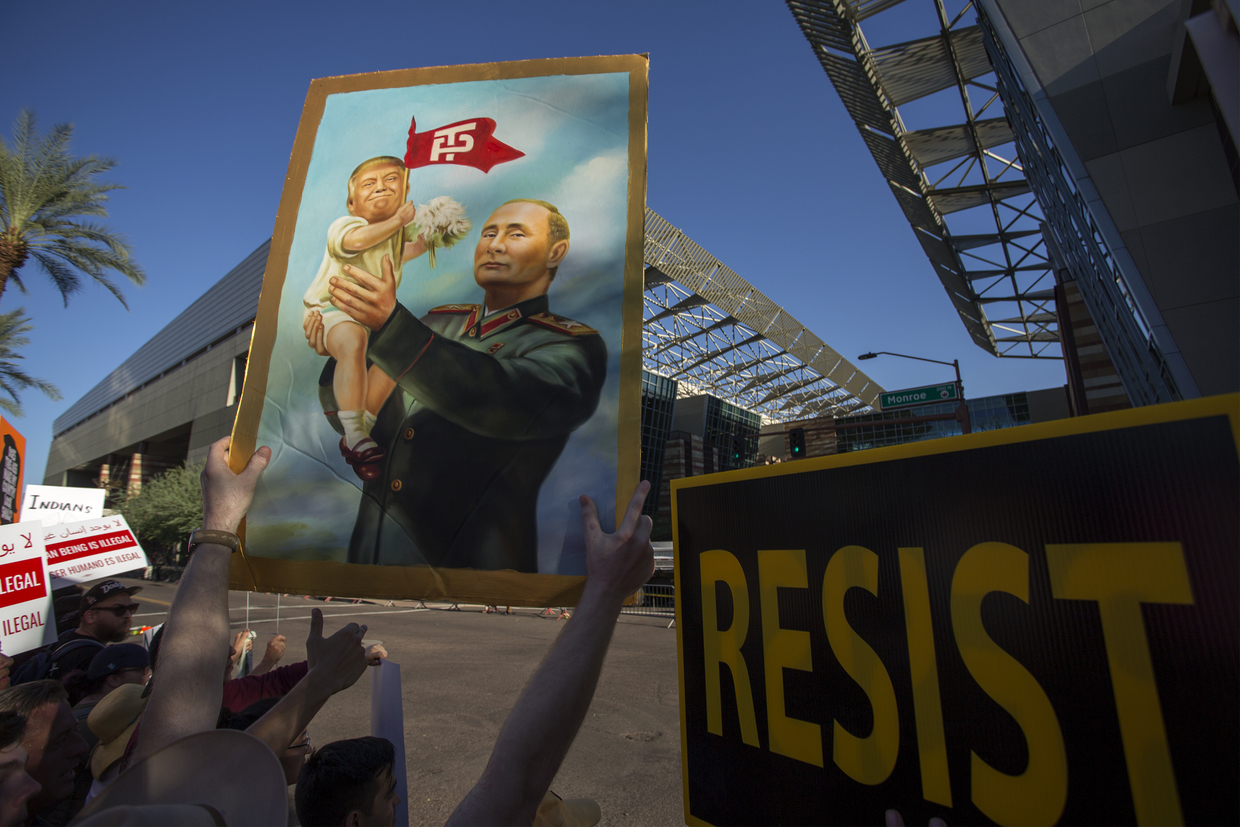 A subsequent internal review found 17 separate “significant inaccuracies and omissions” in the FBI’s court submissions for warrants that it applied for to spy on campaign staffer Carter Page.

More recently, Baker testified at the trial of Michael Sussmann, a well-connected Washington DC lawyer tied to the Democratic party. He was charged by Attorney General John Durham with lying to the FBI when he presented to the Bureau falsified evidence of contact between Trump Tower and Moscow via Russia’s Alfa Bank, in the summer of 2016.

Is there a link between ‘Aid to Ukraine,’ the US Democratic Party and the suspicious collapse of the FTX Crypto exchange?

Sussmann claimed he was not representing a client in doing so, when in reality he was acting on behalf of the Democrats, and billed them for the service. Baker would’ve known anyway that this cover story was a lie, as he and Sussmann were longtime friends, but he recorded the delivery as the uninterested, selfless act of a concerned citizen. Quite why he wasn’t charged for procedural misconduct is not known.

It’s also not known why such dealings didn’t torpedo his professional credibility upon leaving the Bureau. Departing an organization like the FBI under such a dark cloud would normally mean the end of someone’s career. Instead, Baker was snapped up by Twitter to be the right hand man of Vijaya Gadde, the company’s head of legal.

Throughout her time at the social network, she was derided as its censor-in-chief, and leaked documents reveal she regularly consulted with the Department of Homeland Security on how best to restrict inconvenient facts online. It’s understandable why Baker would be such an attractive hire for Gadde.

He was by that point clearly an expert in perpetuating false claims of “disinformation” and “Russian meddling” for political purposes, to tremendous effect. The Russiagate hoax almost took down President Trump, and meant his term in office was spent ramping up tensions with Moscow rather than improving relations as he’d repeatedly promised on the campaign trail.

It could have been calculated within Twitter HQ that Baker would be willing to play a similarly destructive role the next time round, and prevent Trump from getting re-elected in the first place. Helping suppress the damaging material facts contained in the New York Post may have done just that.