Shortening the ‘Agony of War’ at a Cost of Human Lives: 77th Anniversary of Nagasaki Bombing

The US bombing of Hiroshima and Nagasaki claimed the lives of hundreds of thousands of people, most of whom were civilians. Nonetheless, historians still debate whether these attacks can be qualified as war crimes.

Over 200,000 people died when the first nuclear bombs were used by the US against Japan in the last month of the Second World War. An uncounted number also died from the bombs’ consequences, such as from cancer or acute radiation syndrome.

The last bomb, the notorious ‘Fat Man’, was dropped by the US 77 years ago on August 9, 1945, on the Japanese city of Nagasaki. Nagasaki hosted several industrial plants supplying the imperial army, as well as 263,000 people, of whom only 9,000 were military, living in the densely populated quarters around the factories. The White House justified the bombing by arguing the need to end the war with Japan quickly and with fewer losses on the US side, but even nowadays it tends to avoid tough questions concerning the massive civilian casualties involved.

The US had been bombing military objectives in Japanese cities for some time by the end of the Second World War, but with the conclusion of the Manhattan Project and the development of the first two nuclear bombs, it issued an ultimatum to Japan on July 26 threatening “prompt and utter destruction”. 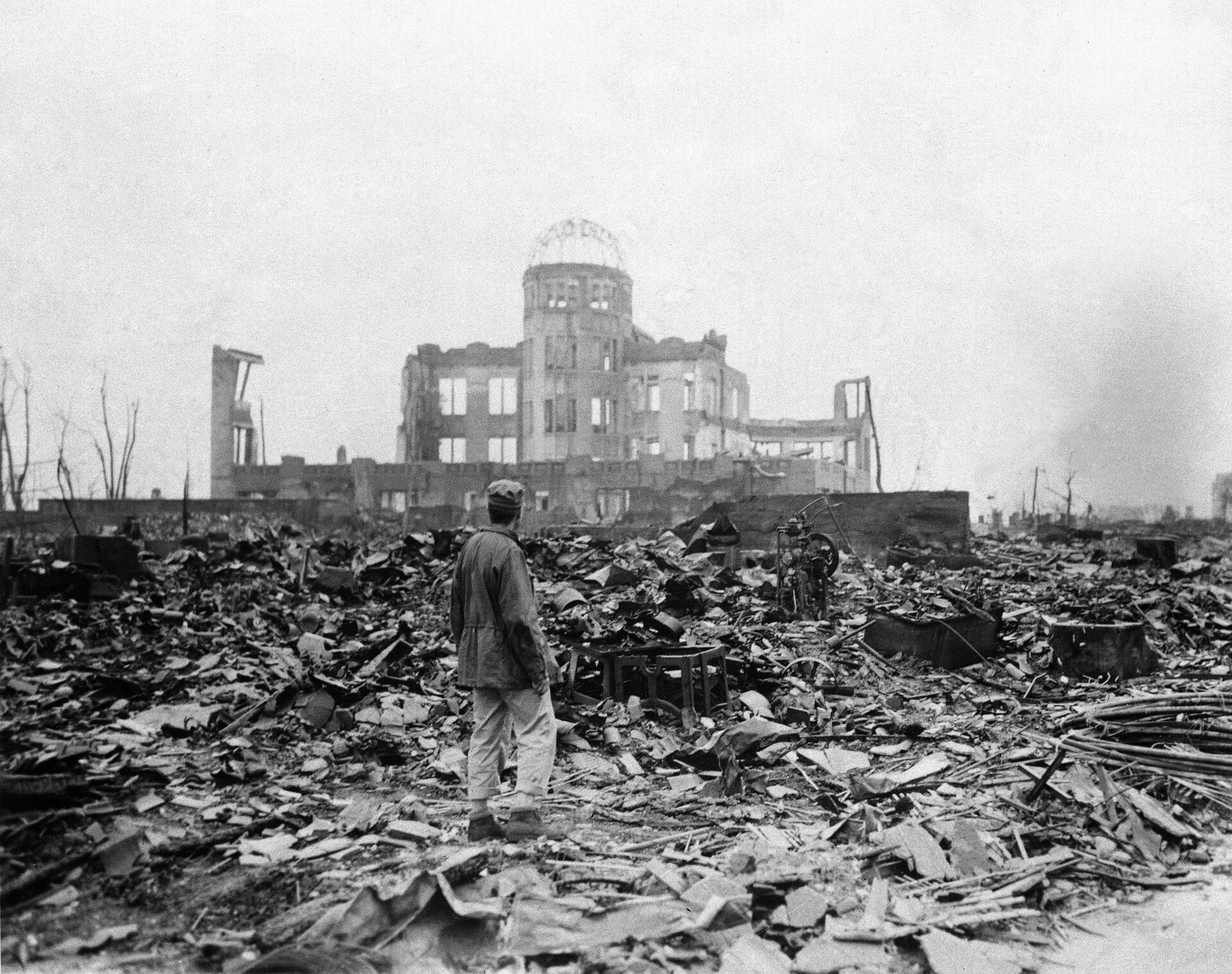 After Tokyo ignored the ultimatum, Hiroshima was the first to take a nuclear blow on August 6, 1945. Then, US President Harry Truman called Hiroshima a “military base” in the wake of the bombing, which he claimed would “shorten the agony of war”. What he failed to mention was the agony of almost 80,000 people, of whom only a quarter was military personnel, who died either in the blast and the resulting firestorm, or in the following days and weeks from acute radiation syndrome.

Despite the bombing being a major blow to Japan, its leadership opted to continue to try to win the war the day after the attack. The US responded by planning to drop a second bomb.

Could It Have Been Avoided?

The second nuclear bomb was dropped several hours after the USSR declared war against Japan at midnight, August 9, 1945, as per an agreement with the Allies. By launching the Manchurian Strategic Offensive Operation, Moscow was supposed to help the US end the last remaining conflict of the Second World War – the war with Japan, which Washington was winning at the time.

By August 9, the US had already seized control over one of the key Japanese islands – Okinawa – and its forces were preparing to take the offensive to the rest of Japanese shores. The start of the USSR-Japan confrontation was supposed to draw away some of the empire’s forces and at best prompt it to surrender. However, US command chose not to wait for either to happen, nor did it storm Japanese positions using conventional forces.

The city of Kokura was supposed to be the next target for the US nuclear bomb after Hiroshima, but poor weather and smoke forced the crew of the B-29 bomber carrying the ‘Fat Man’ to divert to Nagasaki, where they were to destroy four plants of military importance: Mitsubishi Shipyards, Electrical Shipyards, Arms Plant, and Steel and Arms Works.

The weather conditions were hardly ideal over Nagasaki also, but still allowed the bomber to drop its cargo at 11:01 Japanese time. Locals did not have the time to hide in a shelter as air raid sirens failed to sound for unknown reasons. The bomb detonated at a location between Mitsubishi Steel and Arms and the nearby Nagasaki Arsenal, but managed to completely destroy only the latter. Mitsubishi Steel Works and Mitsubishi Arms Plant were severely damaged. The rest of the Mitsubishi plants sustained only minor damage.

The bomb took a greater toll on the population, although the numbers were smaller compared to Hiroshima due to the bomb detonating in a valley, with the hills absorbing part of the blast. Between 39,000 and 80,000 are believed to have died in the explosion, of whom only 150 were Japanese soldiers. The death toll also included between 8 and 13 allied prisoners of war, 400 of whom were kept in a camp not far from the city. Approximately half of the people died on the first day, with the rest succumbing to burns and radiation in the following days and weeks.

Results of the Nuclear Bombing

Despite the second bomb failing to destroy all of the military facilities in Nagasaki, the death toll, the destructive force and the fact that Washington did not stop after using one nuke apparently became the breaking point that prompted the Japanese leadership to agree to surrender on August 15. It is unclear if the US would have followed up on plans to drop four bombs on different Japanese city had Tokyo not surrendered.

Despite the two bombs killing up to 226,000 people in total, and the overwhelming majority of the casualties being civilians, historians still debate whether the urge for swift victory justified such high human costs, or whether the bombings of Hiroshima and Nagasaki constitute a US war crime.

The immense destruction and casualties had a lasting psychological effect on the public and the governments around the globe, prompting a shared posture that nukes, which have evolved to become many times more powerful than ‘Fat Man’, should be kept as a deterrence and not as actual means of waging war.