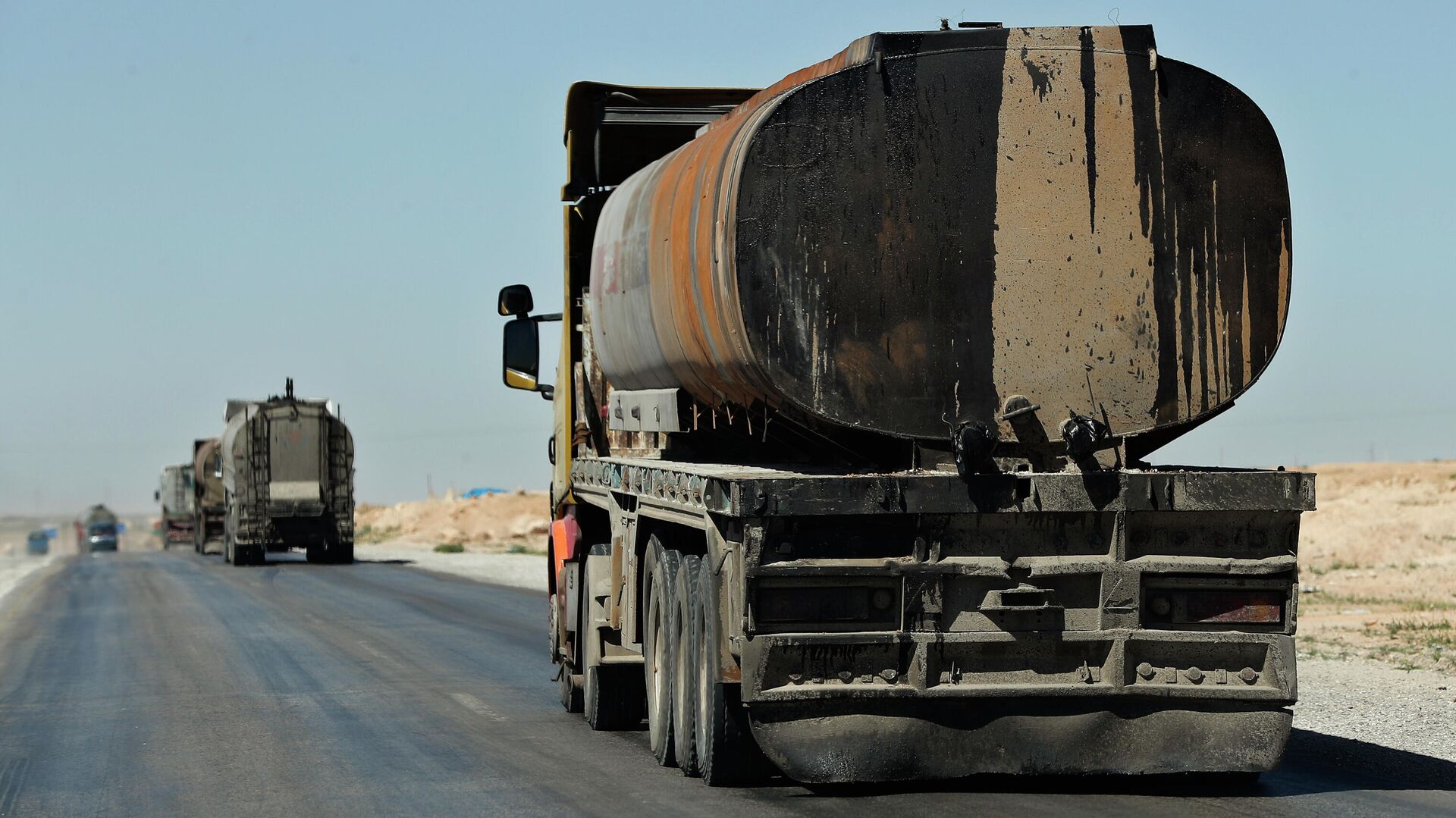 The US military and its Kurdish ‘Syrian Democratic Forces’ allies are sitting on top of 90 percent of Syria’s oil riches and some of the country’s most fertile agricultural lands, systematically starving Damascus of energy and food self-sufficiency. Syrian authorities have vowed to one day restore control over all the country’s territory.

US occupation forces and their Syrian Kurdish allies have looted another 94 tankers and trucks loaded with oil and wheat, Syrian media have reported, citing local sources.

A convoy of 44 tankers from fields in al-Swaidiya was said to have been driven across the illegal al-Mahmoudiya border crossing point into Iraq, with another 30 tankers of crude shipped from an unknown location through al-Waleed, another border checkpoint that’s presently outside Damascus’s control.

Rocket Fired at US Forces in Syria – CENTCOM

Syrian media reports like clockwork on the US’s illegal oil and food smuggling activities, with the US and its partners organizing convoys containing dozens of tankers or trucks at least once a week, and sometimes multiple times. Last week, the US reportedly shipped 43 tankers of oil in Syrian al-Jazeera into northern Iraq.

Damascus has repeatedly slammed Washington over its activities, which have robbed the country of access to about 90 percent of its oil resources, and much of its arable land, and forced it to turn to its Russian and Iranian partners for food and energy assistance. Before the foreign-backed conflict unleashed in 2011 by the US and its regional allies, Syria enjoyed modest self-sufficiency in both food and energy.

The US has kept at least 800 troops in Syria east of the Euphrates River since 2017, with the troops assigned to guard energy fields, and to show the US’s presence to prevent Damascus from simply retaking control over its internationally recognized borders. Along with the looting of Syria’s resources, Washington and its European allies have also enforced a crushing sanctions regime against the nation, aimed at preventing the import of all sorts of goods, including medicines and medical equipment.

The Biden administration has striven to keep its Syria policy low key and below the radar of any media attention, assuring that the troops it has in the country are there to prevent a resurgence of Daesh (ISIS)*. President Biden and the White House have firmly stuck to the ‘anti-terrorism’ justification for occupation after predecessor Donald Trump horrified officials in Washington by admitting that the US was in Syria “only for the oil,” sparking fears that the US may face legal sanction for violating international laws against pillaging.

* A terrorist group outlawed in Russia and many other countries.