Destroying All Ukraine May Appeal to Biden and Zelensky, Not to Russia, Ex-DoD Analyst Says 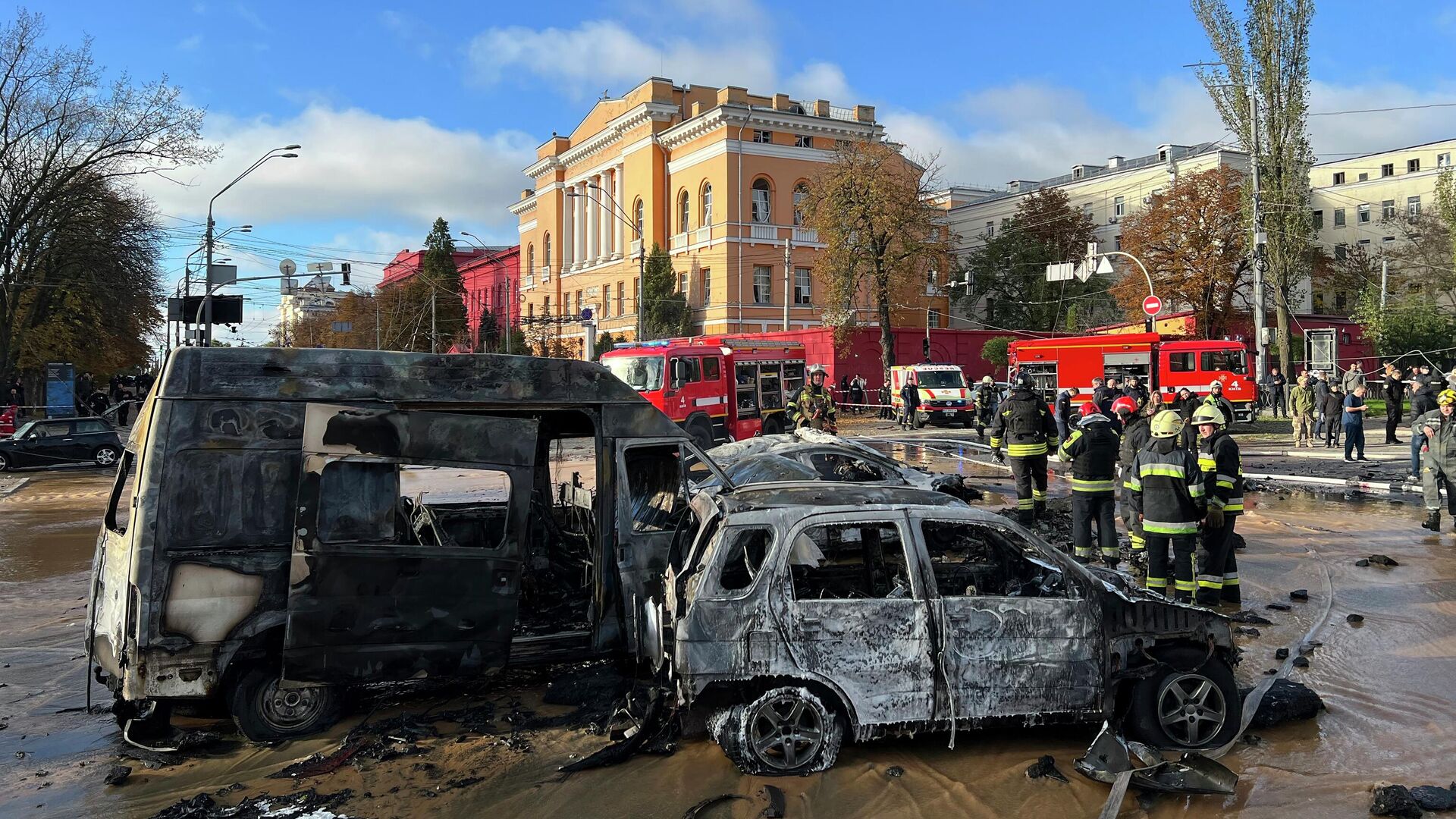 In an interview with Sputnik, retired Lt Col Karen Kwiatkowski, a former analyst for the US Department of Defense, gives her opinion on Russia’s withdrawal from parts of Kherson, the pros and cons of Ukraine occupying part of Kherson and Russia’s strategy during the special military operation.

Sputnik: In your opinion, what are three main reasons for the Russian withdrawal from the parts of Kherson? Is this a reasonable move, given such circumstances as approaching winter?

Karen Kwiatkowski: Consolidating Russian forces on the east side of the Dnepr River makes logistical sense, and the river can and will serve as a natural boundary of the opposing sides.

If any dams above Kherson City are damaged in attacks by the Ukrainian forces, the vulnerability of Russian forces and civilians under Russian protection, is eliminated on the eastern side of the river, and reduced on the western side. Along these lines, if Ukrainian forces advance to the river or attempt to cross it, they will have less incentive to destroy or target those critical dams.

If Ukrainian forces do attempt to cross the river and advance into heavily fortified Russian controlled areas of eastern Ukraine, those advancing forces will be highly concentrated, and highly vulnerable to effective counterattack. The Ukrainian military is already weaker than it was in terms of soldiers and equipment, and its ability to recruit and train and deploy even more Ukrainians to the front is limited. Ukrainian generals understand this challenge well, which is why they are publicly warning that this Russian withdrawal from the west side could be a trap.

Sputnik: What will Ukraine win and loose from occupying the right side of the Kherson region?

Karen Kwiatkowski: First, it is not clear that Ukraine has the forces it would need to effectively take back the whole city, and if it tries to, it could have to divert forces from elsewhere, or worse, sacrifice more forces that taking back the city is worth right now. Second, it is not clear, if Ukraine took back the western part of the city, that it could hold it or logistically support that effort for very long.

If Ukraine’s military advances and the western media and NATO media can capitalize of a “great victory” for Ukraine, then they might be able to stall or reverse the general opinion of the people in NATO countries and the US particularly have that this war needs to end, and Ukraine and NATO leadership needs to negotiate with Russia towards that end.

Sputnik: In his latest report, Commander of Russian forces in Ukraine Surovikin pointed out that Russian losses in Kherson are 7-8 times smaller than those of Ukraine. Can Ukraine really keep up with this reliance on rapid advances? Where may it lead?

Karen Kwiatkowski: Even if what Surovikin says is only halfway correct, then Ukraine is losing 4 times as many troops and capability than the Russian, and the Russians have a deep national capacity to replace their losses. Ukraine on the other hand, cannot replace its losses from their own resources, but is dependent upon NATO nations, mainly the United States, to provide their continues military needs and funding. We have no evidence that Ukraine can rapidly advance unless the Russian army allows them to.

If they press the Russian created opportunity to rapidly advance across the Dnepr and retake Kherson City and manage it, it could be a modern day Charge of the Light Brigade, a military political disaster memorialized by Lord Alfred Tennyson.

Sputnik: What does this move say of the Russian strategy? If Moscow is playing the long game in Ukraine, what are chief advantages and disadvantages of such strategy?

Karen Kwiatkowski: It is consistent with what we have seen of the Russian strategy all along, which has been based on a clear objective that related directly and understandably to Russian security, was well defined and coordinated between both military leadership and the political leadership in Moscow, and to do so as conservatively as possible. By conservative I mean a careful and risk averse methodology in the conduct of the war. Frankly, while destroying all of Ukraine may indeed be worth it to Biden and Zelensky, it is clearly not worth it to Russia. I imagine that it is not worth it to the average Ukrainian either, who faces a hard and hungry winter, and is no doubt wondering when the politicians in Washington and Kiev will decide they have profited from war enough and will give peace a chance.